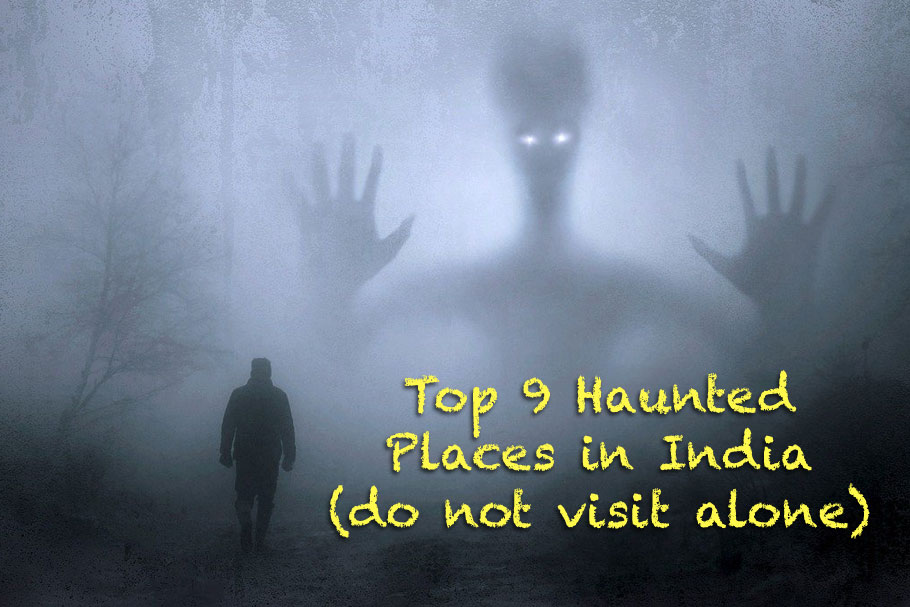 How long is your bucket list? Well, making a final bucket list is like a never-ending process. My list gets continuously edited and updated according to my mood (lol). But one thing that I am sure of is that I will never replace my bullet point of visiting at least 1-2 most haunted places in India with anything.

I don’t know whether you believe in horror or ghost stories or not, but several places in India are specifically known for their spookiness and spine-chilling stories. If you think you are brave enough to visit haunted places anytime, then check out the list below that mentions the top horror places in India. Right from a popular tourist attraction, Dumas beach to the infamous Mumbai hills, these haunted places in India can scare the hell out of you.

Don’t worry, if you are not brave-hearted and can’t visit these horrifying places. India has several beautiful places to explore and could give your moments worth remembering.

But before you scroll below to know the haunted places, remember your childhood when you couldn’t sleep alone and run like a bitch when you see a shadow at 4 am. You would feel the same when you would visit these horrifying places. (No, I am not making you scared, but people who have visited these places have shared nerve-wracking stories and know why these places are known as India’s most haunted places.)

Note: Do not SCROLL below if you are yellow-bellied and are scared of ghosts and witches.

Horror Places in India That Are Strictly Prohibited For Faint-Hearted

Bhangarh Fort is a must-visit historical place for those who believe in horror stories. Located in the Alwar region in Rajasthan, this fort was built in the 17th century by Bhagwant Das for his son Madho Singh. The place is so scary that even ASI (Archaeological Survey of India) has mentioned on the notice board that everyone is strictly prohibited to visit the place after evening.

The horror story for this fort goes like this. It is said that a black magician named Sinhai fell in love with a beautiful princess, Ratnavati of Bhangarh. He tried to seduce her. One day the princess came across all his plans and sentenced him to death. Before he died, he cursed the town to be roofless and residents of the fort to die.

The locals there believe that anyone who visits the palace after night doesn’t come back. The visitors have claimed to have heard screaming voices and sounds of bangles in the room. Several horror stories have been reported about the Bhangarh Fort. Though they share different stories, there is one thing common between them and it is spookiness. Would you dare to visit this place ALONE?

You might have heard or read about Ramoji film city as a popular shooting location for Bollywood movies. But do you know this Bollywood location is also a haunted place?

Several paranormal activities have been reported here during the shoot. The film workers have claimed to see strange figures in the mirror and experiencing the invisible force pushing them down from the barricades. The place is believed to be haunted by the soldiers who died in the wars during the reign of Nizams.

What would be your reaction when you would hear ‘Kaka mala wachawa’ that means (Uncle save me) in the middle of the night? This happens more often at Shaniwarwada Fort, Pune, which is considered to be another most haunted place in India.

Built-in 1732, the fort was destroyed accidentally by the fire in 1928. The locals here believe that this place is haunted by the spirit of Bajiroa’s grandson Narayan who was killed by one of his relatives. He was brutally killed and then thrown into the river.

Today, it is one of the finest architectures standing in Pune and a key tourist attraction. The light and sound show organized at the fort portrays the journey of Shivaji’s era in different languages including Hindi, Marathi, and English. The tourists have claimed to hear the screaming sound in the middle of the night.

The visitors are strictly prohibited to enter the fort after 6.00 p.m. The place is quite famous and was picturized in the film Bajirao Mastani starring Deepika Padukone and Ranveer Singh. So, are you ready to experience this spooky adventure? All the best!

Have you ever heard a story with lots of drama and thousands of ghosts in it? No, then you must read everything related to Duman Breach, located in Surat. It is the most beautiful beach in Surat that turns into a haunted place after sunsets. Those who challenged themselves to stay at night on the beach never came back.

And those who are alive have shocking stories to narrate. It is believed that earlier, the beach was used as a burial ground, therefore, several spirits wander the region in the night. The beach is only 15-20kms from Surat and can be reached via local transports. Do you want to take the challenge?

The city that never sleeps is not only famous for vada pav and as home to millionaires and billionaires but is also for having the most haunted place in India. Mukesh mills is the only mill located in South Bombay that is built on the Arabian Sea shoreline of the Colaba region. It was in 1982 when the mill caught fire and shut the mill forever. After a few years, directors found this location a great place for shooting horror scenes.

While filming the scene, the workers witnessed several paranormal activities and saw ghostly figures. One famous incident reported is of an actress’s voice that changed all of sudden when she was shooting a scene. I visit Mumbai at least once or twice a year, but have never visited this place. I hope I will visit this haunted place one day. (wish me luck!)

Do you remember the scene from the movie Sultan when Salman Khan pulls the brick and walks upstairs? This scene was shot at Agrasen Ki Baoli, in New Delhi which is listed as one of the haunted places in India. The place is perfect for photography lovers and also famous for its ghost stories.

The stepwell inside the place is said to hypnotize people and draws them to commit suicide. Also, the visitors have claimed to experience strange vibrations and spooky shadows following them. Have you ever experienced something like this before?

A beautiful and soothing hill station, Dow hill is known for its mesmerizing orchid gardens and tea plantations. But these breathtaking views are not the only reason why Dow Hill is a tourist attraction. The place makes headlines for a headless ghost, death road, and haunted schools. The tourists visiting this place enjoys the stunning views around but also keep their ears open to whispering sounds and horror stories and paranormal scenarios.

Horrifying stories in Mumbai are not limited to Poonam chambers and Mukesh mills. The locals at D’Souza Chawl believe that D’Souza Chawl is haunted by the spirit of a woman who fell into the tube well. People have claimed to see hazy figures and unnatural shadows in the night. They have also heard creepy laughter and a strange sound coming from the well.

You are probably wrong if you think that paranormal activities are linked with humans only. Jatinga in Assam is a place where not humans but birds commit suicide. Yes, you read it right! Jatinga has beautiful flowers, lovely oranges, and mesmerizing scenery all around. But it also has horrifying stories to share.

It is observed that from September to November on a full moon and around 7:00 PM to 10:00 PM, birds commit suicide. People have claimed to see birds flying at a high speed towards the tree or wall and crashing to their deaths. Spirits flying from the sky from different directions haunt them and beat the birds to death.

I was shocked after I read that scientists also couldn’t figure out how and why birds behave strangely during this particular time. This is really SCARY!

Do you believe in ghosts or paranormal activities? Have you ever faced any of these incidences? Do let me know in the comments section. Also, if you are planning to visit these places, then read out these travel hacks that could save your time and money as well.

I hope that you are doing fine after reading these strange stories about the haunted places in India! 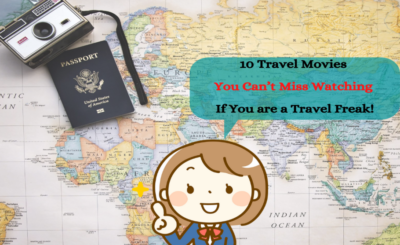 10 Travel Movies You Can’t Miss Watching If You are a Travel Freak! 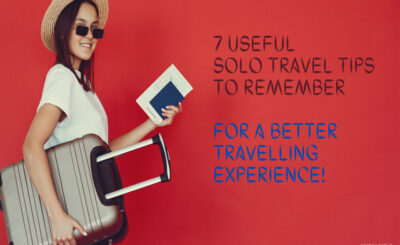 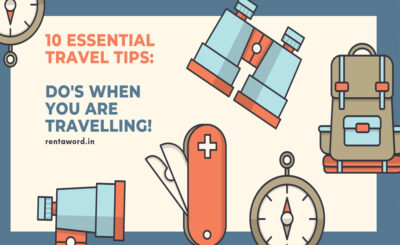 10 Essential Travel Tips: Do’s When You Are Travelling!

7 Cheapest Countries To Visit From India in 2021 With Your Favorites! 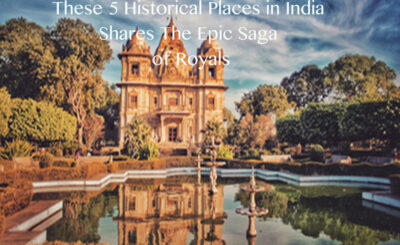 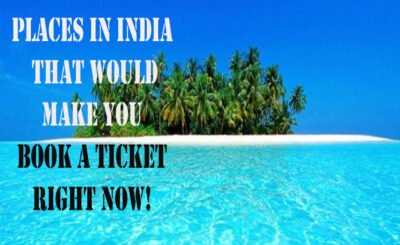 5 Best Places to Visit In India That Would Make You Book a Ticket Right Now!